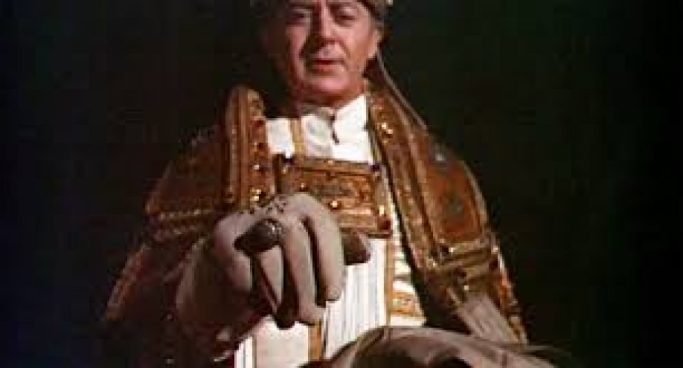 The Nexus of Diabolical Horror Films, the Occult, Religion & Spirituality.

Devil In the Details is place in cyberspace where we share our obsession for the diabolical and occult, and how it manifests in horror films, and a fascination with topics related to religion and the things it demonizes.

With an obsessive eye we examine the filigreed darkness of the most diabolically accented Horror films.

The deep answer (in three parts): Because:

1) Film is a mirror in which society views itself, it’s changing values and social mores. Films featuring Satanic themes have contributed a mighty influence on contemporary society’s popular views of  “The Devil” and what constitutes “Evil,” from Häxan (1922) and The Seventh Victim (1943) to Rosemary’s Baby (1968), The Exorcist (1973), The Omen (1976) and the many  imitations and reiterations of the premise which have followed in their prodigious wake such as Hereditary (2018). Much of this societal hysteria peaked in America with the Satanic Panic of the 1980’s and 1990’s. (link)

Religious paradigms are shifting rapidly these days and more so with every succeeding generation.

2) The disintegration of traditional religious views and the visible rise in religiously motivated evangelical conversion, religious hatred and violence – We are referring in particular to the vicious hatred, violence and un-Christlike values towards which religious extremism, in some who do identify as Christian, has been directed. This extremism manifests in all organized religions and is often used and incited by politics and the media around the globe.

Certainly not all Christians or Jews or Muslims (etc..) fall into this category, and many are searching for ways to salvage their traditional beliefs from extremists. Conversion is at every doorstep in the world. At the same time, many are questioning traditional religious paradigms and are abandoning their family’s and society’s traditional religions amidst the current religious, economic and political chaos. There are Jews who are practicing Hindu yoga, Buddhists converting to Islam, Hindus becoming political Atheists, and Christians becoming Pagans (to list only a few configurations). There are tremendous shifts occurring now in human religious culture, identity and psychology.

An outspoken and vehement turn to the so-called Christian “religious right” has appeared steadily alongside the release of devilish horror films (another example of the power exerted by the media), as part a wave following in the wake of the “Great Awakenings” (AKA: Evangelical Revival) – Christian revivals extending back to the 1700’s which focused on converting everybody – including slaves and indigenous peoples around the world. Revival theology has stressed that religious conversion was not only intellectual assent to correct Christian doctrine but had to be a “new birth” experienced in the heart. Revivalists also taught that receiving assurance of salvation was a normal expectation in the Christian life. This can be seen, to a certain degree, as a reaction within those who believe that an imminent   “END TIMES” scenario is unfolding before their very eyes in the daily news. As they fearfully, even gleefully, anticipate the “The Rapture”, fully expecting the coming of a Savior to end the world in blood and fire, they are also simultaneously witnessing the withering away – prophesied, as many believe – of  outdated belief systems which are so at odds with a progressive, more globalized, religiously tolerant, even Atheistic, and technologically advanced modern society.

An innate desire for individual freedom is awakening from a few thousand years of patriarchal religious suppression, yet many are still feeling blocked and oppressed from achieving this freedom and fulfilling and realizing their true wills. Suppression by external factors and authorities beyond our control – whether from the obsolete traditional patriarchal religious paradigm or from suppressing our own desires because of accrued feelings of guilt or shame – inevitably leads to frustration and anger. We can see this anger and rage in radical and extreme outbursts of violent behavior – especially from those most poisoned by the old patriarchal Abrahamic religious paradigm (Judaism, Christianity, Islam). There are a lot of would-be Peter Cushing character types out there just itching to go a-witch hunting to purge the Earth of what they perceive as “Evil.”. Peter Cushing as a witch-hunter in ‘Twins of Evil.’

YAWEH or NO WAY

Many established within the conservative dogma of exclusive patriarchal religions – be they Ultra-Orthodox Jews, Christian Fundamentalists or Islamic Jihadists – actively demonize and spread contempt, fear and hatred of other ethnic or religious groups.

Each claims to be God’s chosen people, or to have the only true and valid path to God. They often  “justify” their words and acts with misinterpreted scriptures, threats, violence and terrorism.  Extremists demonize opposing groups or beliefs as “Satanic” or as being under the influence of The Devil. 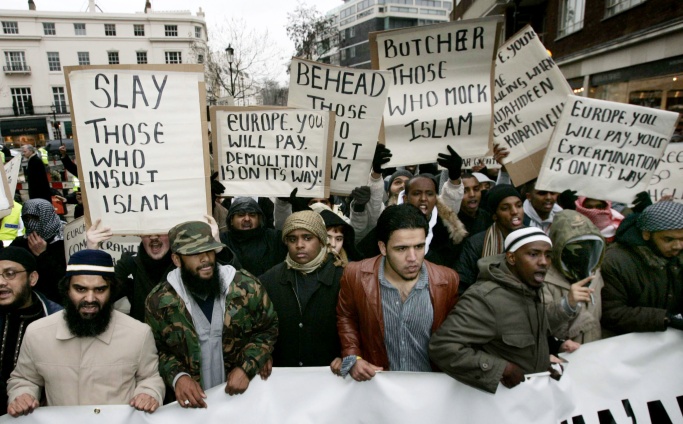 Protesters in London hold up signs threatening European non-Muslims. When free speech is threatened or endangered in a country that upholds it by immigrants who refuse to accept the cultural mores of the land they immigrate to, we have the ingredients for a culture war.

They view themselves, their beliefs, and even their cultures as under attack from forces perceived as “Evil.” Ideas which many view as basic human rights: free speech, women’s rights to determine what happens to their own bodies, the acceptance of same-sex relations and varying gender identities, religious tolerance and acceptance, the non-preferential treatment of one race or religion over another, the restriction of displays of religious propaganda in public schools, just to name a few, are viewed as a very real threat. As equality and separation of Church and State is sought, these congregations feel as though they are being backed into a corner by the evil wiles of an Antichrist.

3) A widely held and sincere belief amongst the Abrahamic faiths in the coming of an Antichrist figure and/or Armageddon – an “End Times” conflict, through literal interpretations of scripture attempting to justify their fanatical doctrines – coupled with hysterical fear and paranoia – has brought on a self-fulfilling prophecy being played out in contemporary, religiously-motivated political moves involving economics, the borders of countries, active and “soft” genocides, and the migrations of ethnic and religious groups, especially in Europe and the Middle East. Viz.: the “Islamic State” waging jihad in the streets rather than in the battlefield of the heart, and all forms of religiously motivated terrorism, the conundrum of Israel and Palestine and the claims for Jerusalem or “Who Gets to Own the Holy Land?;” indeed, “The Holy Land” interpreted as a piece of real estate (!) rather than a place within the heart, and the very real persecution of the Yazidis, Coptic Christians and other ethnic or minority faiths, culture wars, etc… 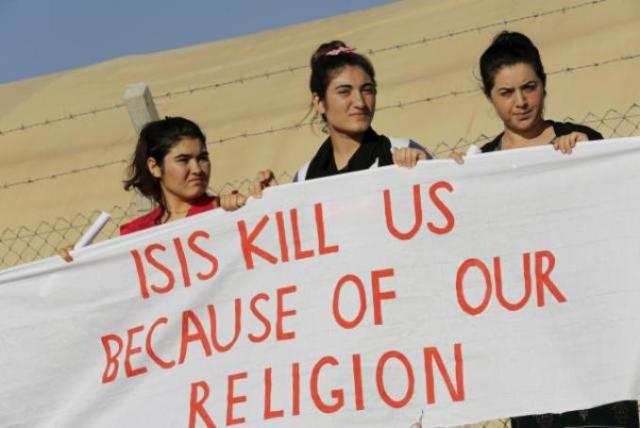 Yazidi refugees. Yazidis are labeled “Devil Worshippers” by the Islamic State (IS) and are usually subject to rape, torture, sexual slavery, forced conversions, or death.

Cultures are breaking apart and barriers are dissolving.

An old age is passing away and the new is yet unformed.

In short, it seems that we are witnessing the evolution of human spirituality amidst the final flailing out of the death throes of the traditional patriarchal Abrahamic religions as we have known them.

Sam Neil as Damien Thorn – Antichrist; soaking-in the sacrilege of his private chapel in The Omen III (1981).

The not-so-deep answer: We love the hell out of these films.

Diabolical Horror has been more than an amusement for us; it reveals our human spiritual search in the interesting times that we live in.

All images used on this site obviously belong to their respective film or publication companies or photographers unless otherwise noted and we make no claim to these images. Site created Jan. 2017.

4 thoughts on “Why Occult Horror & Religion?”